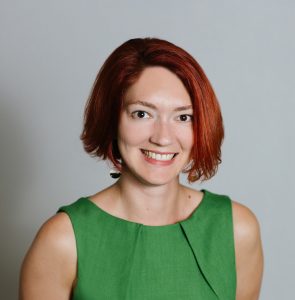 It gives me great pleasure to announce that as of today, Michelle Paul is assuming the role of Managing Director of PatronManager, taking over running the PatronManager business. Working with our existing leadership team, she’ll be overseeing all departments and managing day-to-day operations.

As many of you know, Michelle has been at PatronManager for almost 13 years, and has played an integral role in virtually every aspect of our business, bringing the company to where it is today. She has been involved from day one in creating and guiding the development of PatronManager. Michelle is by far the best person to assume this role!

Michelle started here when we had a grand total of five employees, as my assistant. After a year it was clear that she was destined for bigger responsibilities. Among other things, we developed (but never officially launched) a Facebook app, we wrote Breaking the Fifth Wall together, and Michelle has represented the company in numerous events such as NAMP, INTIX, and Dreamforce. She was the Product Manager for PatronManager at its inception back in 2008, when we first decided to build a CRM system for the arts, and has led that team as it’s evolved over the years. Her role continued to expand in 2016 when she took on management of Client Administration and Education along with Product Development — so today’s promotion follows a trend of continued success and leadership.

Now, I’ll still be deeply involved, but my role is evolving. I’ll be assuming the title of President of Patron Technology, which means I’ll be managing all of the current and future portfolio companies, currently PatronManager, Showclix, TicketLeap, and SeatAdvisor. As with Michelle at PatronManager, each of the business leaders of these companies will report to me.

I hope you’re as thrilled as I am that Michelle is stepping into this role. This is an incredibly exciting chapter in the history of our company and for Michelle. I hope you’ll congratulate her on this accomplishment.