Gamification and the Arts, Part Two: Pieces of the Whole 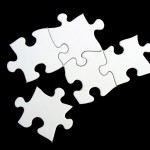 Note: This post is the second of four by guest blogger Alli Houseworth, about the trends and strategy of gamification and how it can be applied to the arts. You can find part one here.

Integrating game mechanics into your marketing strategy is another way to deepen engagement with your customers and increase loyalty, and it shouldn’t ever sound like — or be — a daunting or impossible task. The majority of game mechanics are derived from basic human behaviors anyway, and the simple combination of a handful of them taps deeply into one very basic human characteristic: the enjoyment of reward. (For the record, let us remember that “reward” is either an action that is taken or an object that is given upon the successful completion of a task, and humans much more often than not take greater value in rewards that are earned rather than those that are given without reason.)

My first post in this four-part series discusses the definition and fundamentals of the gamification model, and in the next two blog posts I will be showcasing some arts and non-arts organizations that have successfully integrated game mechanics into their marketing campaigns.

Before we look at those examples, it’s important to understand at least a few of the myriad game strategies that exist. Below is a short list of 11 game mechanic terms along with brief definitions. Many more exist. As you look over these game mechanics, see if any of them are strategies you are already using in your marketing campaigns. You might be surprised by how intuitive gaming is!

Although many more gamification terms exist, with any luck, some — if not all — of the above terms sound like familiar strategies you are already putting into place. In the next two blog posts we’ll look at how organizations have taken these gaming strategies and applied them to their marketing practices.