How ONCE the Musical Built a Successful Instagram Campaign 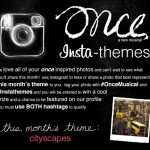 Instagram is the hip and newly popular way of sharing images online. The service lets users quickly upload pictures, edit them with Instagram’s creative filters, and post them for friends to see. Instagram has grown rapidly, and last year it was famously bought by Facebook for $1 billion. It’s becoming a significant social media marketing platform across many industries — and it has even begun popping up in campaigns on Broadway.

The live aspect of the theatre is a wonderful fit for Instagram, which can take exclusive backstage and in-theatre moments and share them with fans in an original way that feels like exclusive access. One of the most successful uses of Instagram on Broadway is the campaign executed by SpotCo’s interactive marketing team, @oncemusical.

ONCE is different from most traditional Broadway musicals. The actors play all their own instruments, most are onstage the entire show, and the contemporary music and bohemian feel has drawn a younger audience to Broadway. This inspired an idea at SpotCo to help develop an Instagram account for the show, which launched in December 2011. We began by asking the audience to use Instagram along with the hashtag #OnceMusical, which we, in turn, used in all promotional materials and social handles. As a result, #OnceMusical has now been used in captions on more than 1,250 photos.

Now that we’ve had almost a year of experience, here are our top five tips for building a successful Instagram campaign:

Since Instagram is particularly popular with users under 35, it can be a solid way to extend the reach of your brand to younger patrons, particularly for discounted rush tickets. We expanded our #OnceMusical Instagram campaign into a “rush” gallery by adding the second hashtag #rush and feeding it onto our website. We called this part of the campaign Instarush.

To kick off Instarush, we began with a series of ticket giveaways for those who took photos of themselves on the rush line. People who used both hashtags from the rush line were entered to win a pair of tickets to the show. The excitement spread, and the photos turned waiting in line into a fun early morning hangout. We also promoted it on Facebook by sharing some of the submissions we received and tweeted reminders in real time to use #OnceMusical #Rush to those who tweeted that they were waiting on the line. Users continued to post photos on Instagram even after the incentive ended.

Now that we have a solid base of Instagram followers (more than 2,200), we are able to launch new initiatives with ease. To keep things exciting, we now launch a monthly #Instathemes contest. This asks users to submit photos of an idea we present, one that’s relevant to the show, like “gold,” or “Ireland.” They are instructed to use the hashtags #OnceMusical and #Instathemes for these photos. (We have introduced several secondary hashtags throughout the run.)

This has become a crowdsourced campaign. We continuously encourage our followers to share their photos and interact with ours. To maximize the immediacy of Instagram, we posted photos at the most relevant times, such as Opening Night photos during Opening Night, etc.

We have recruited cast members to submit their photos as well. As they became more engaged (some even created their own Instagram accounts), we launched a cast-driven Instagram campaign called #OnceAroundTown, bringing our followers into the rarely seen world of a Broadway actor.

We listen to our fans and allow for feedback. Our initiatives are largely developed based on audience reaction.

Instagram initiatives must be straightforward and simple. People, regardless of how tech-savvy they are, will not engage with anything that is complicated or requires too many steps. We make it easy to find the hashtag, keep our promotions simple, and display the photos prominently.

To find the photos, users simply visit http://www.oncephotos.com, where they can see tabs for the most relative and current hashtags used in the campaign. We also prominently feature select photos on the show’s homepage and navigation http://www.oncemusical.com, along with a callout to download the Instagram app. We’ve also included the photos in Facebook albums and Pinterest boards and have retweeted or reposted many on Twitter.

Instagram and Broadway operate under a very similar principle: inviting a community to share in a special moment that cannot be repeated. If you’re looking for ways to engage your audience outside the theatrical experience itself, Instagram might be a great way to do it.