Put “Big Data” to Work in the Arts 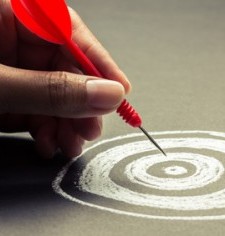 “We’re becoming a data-driven society.”
“We are a data-driven company.”
“We analyzed millions of customer records to understand their buying patterns…”

Do these headlines sound familiar to you? It seems that every day now we hear how “big data” is changing the way companies are analyzing and then marketing to their customers.

The first time many of us woke up to this was back in the ’90s, when Amazon started suggesting books that we might like, based on the ones we had already read. This technique seemed magical at the time; what we now know is that the magic was “collaborative filtering,” which uses the massive amounts of data at Amazon’s disposal to compare behavior across many users and predict interests based on that data.

One of the problems in the arts is that hardly anyone has millions and millions of customers. Organizations that have 2,000 or even 10,000 subscribers may find themselves intimidated by this kind of scale, and feel that none of this big data stuff applies to them because they don’t have millions of customer records. But that’s really not the case.

We recently formed a partnership with WealthEngine, which provides a big data technology solution that can be used by organizations that aren’t that big themselves. WealthEngine appends data, scores potential donors, and can give you insight into the capacity of ticket buyers to make a donation to your organization.

Here’s what they say on their site:

How do they do it? The details are proprietary, of course, but the main idea is that they take your existing customer data, including name and address and zip code and maybe phone number, and match it against publicly available databases. These are the same databases that the credit card companies use to score your credit card risk when you apply for a card, or a car loan. Then, they match it up with their own database of people, and create a donor score that they report back to you.

This is truly big data at work, even if your own numbers are small. Let’s say you’ve got an audience of 500 people in your theatre, and 200 of them are coming for the first time. How do you know what approach to use to reach out to these people to ask for donations? Many organizations would simply send an email or letter to all 500 at the end of the calendar year, asking them for their generalized support.

But what if you knew that 10 people in the audience who were first-time ticket buyers had household incomes of over $500,000 a year? Might you decide to invite those people back to your next performance with an invitation to a pre-show backstage tour? Or might you invite them to a private donor reception?

I hear some of you thinking that you should treat all prospects and potential donors the same, but it makes no sense to do that. What you should do is treat “types” of donors differently. I’m sure that when you examine the giving patterns among your individual donors, you’ll see that a very small number of them give the lion’s share of the individual donations. So it makes sense for you to spend a fair amount of your time identifying and nurturing those who can make relatively large gifts. Then for those who donate infrequently or not at all, you might design an entirely different approach to engage with them. The main point still holds, no matter who you are targeting — if you don’t even know who was in your house, you can’t approach them with a targeted message.

This is the essence of CRM: the idea that not all patrons in your database are the same. Some of them are longtime donors, some are first-time ticket buyers, some are lapsed subscribers — unless you know who they are, and can quickly and easily identify and target them, you’re just not going to get the best results.

This then ties back to the big data story. Every corporation in America is trying to do exactly the same thing. When I buy a shower curtain at West Elm, I suddenly notice I get five times as many brochures and emails from West Elm over the next three months, because they know (based on a large sample of their customers) that people’s propensity to buy from West Elm is greater shortly after a successful purchase. I can’t blame them for trying to keep me as a repeat customer.

Every company is doing things like this, and our field should not feel that these approaches are out of reach. After all, we are doing the same thing as West Elm — we’re hoping to influence people toward a behavior that is in our organization’s best interest. Even though we may not be after making profits as our only objective, the techniques for creating action are exactly the same.

Those of you who are our PatronManager clients and are coming to our Community Meeting at the end of August will be able to meet with representatives from WealthEngine to learn more about this. For everyone else, I encourage you to get to know what they are doing. It’s very cool stuff and seems like a no-brainer way to get on the big data bandwagon.