No, You Don't Need a New Box Office Ticketing System: The Case for CRM 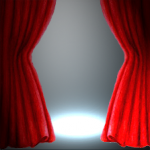 Walking around the streets of New York City, I’m finding it harder and harder to remember a time when cell phones were just for making phone calls. Now nearly everyone you pass on the sidewalk is fiddling with his or her mobile device, playing games, writing email, or browsing the web.

It wasn’t so long ago that the very idea of a “mobile phone” was new and exciting — imagine being able to make and receive phone calls from anywhere! But then Apple came along with the iPhone, and in one genius stroke instantly redefined what a mobile device really was. Making phone calls was now merely one part of a much larger system, a new type of technology “platform” that let iPhone owners customize their phones by adding apps that made them more productive, more up to date, more connected, and more entertained.

Today we have a whole genre of devices we call “smartphones,” which are clearly better and more robust than the single-purpose phones that came before them. In just the past five or so years, we’ve been witness to a new generation of technology supplanting another. Interestingly, BlackBerry went from being the market leader to losing significant market (and mind) share and is now scrambling to catch up, because it missed the boat on embracing the platform/app approach.

But now there is a new and better way, and if you’ve been reading my blog for a while, you probably know where I’m going with this. The technology arts organizations need today is a customer relationship management (CRM) system, whose purpose is first and foremost to help you build a one-to-one relationship with every customer. It’s not just a box office ticketing system, or a fundraising system, or a marketing system. It’s a combination of all these things in a single system, hosted in the cloud, where third-party apps can be added to expand its usefulness even further.

By using a CRM system and enabling everyone in the organization to document every interaction with every patron over time, CRM technology is at the center of a transition from the world of “transactions” to the world of “interactions.”

This may sound like a subtle distinction, but I believe it’s the key to the future of the arts industry. After all, isn’t it true that your organization’s most important asset, aside from perhaps its brand name, is your relationship with your customers? What you put on the stage or the wall is going to change over time; the only thing that remains constant are the people, the audience that (you hope) will come back over and over. In light of that, being able to capture, share, and make use of every patron conversation and interaction is now centrally important.

With a CRM system, everyone in your organization — from the development office to the box office — has equal power to both build and record your patron relationships. And, when everyone has a complete, 360-degree view of the patron’s interactions with your organization… magic things begin to happen. Your staff can respond more quickly, offer better service, work more collaboratively, and better satisfy your patrons. That will lead to more loyalty, more ticket sales, higher renewal rates, and donations.

If you agree with this vision, you need more than a box office ticketing system — you need a CRM system that enables you to  manage the relationships with your patrons in a highly personal way.  Our research shows that patrons that feel an organization knows them personally will attend your events more often.  It’s research data that confirms common sense.

Now, let’s circle back to the iPhone analogy. There was a time when we all thought a cell phone was magic, but we’ve moved on. The same is true for online ticketing — being able to sell a ticket on your website was fairly recently a cool new thing, but that’s not enough anymore. We’ve moved on, and once you see CRM at work, you’ll understand the power of a single system that integrates your departments and helps you build relationships.

Next month we’ll mark our third anniversary of launching PatronManager CRM, and in these short few years more than 350 organizations have embraced our vision and chosen to work with us, based on the philosophy described above. The analogy is apt — our industry is moving away from single-purpose systems to an integrated platform approach, and I believe it represents the future of technology for our field. Managers are realizing the world has changed, and their technology needs to reflect the world we live in today and tomorrow, and that means starting with a whole new approach.

5 responses to “No, You Don’t Need a New Box Office Ticketing System: The Case for CRM”