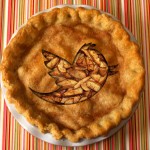 When I first moved to New York, I lived in a neighborhood with incredibly poor access to grocery stores. As a result, I began ordering groceries through an online grocery delivery service. For the most part, I was very happy with the service I received, and it was amazingly convenient to have my food brought right into my apartment.

My first few orders were filled perfectly, but around the fourth time I ordered an item was missing. I ordered hummus, and it simply wasn’t in the box. I called the customer service line and was promised a new tub of hummus, to arrive the next day. But this wasn’t enough for me. I needed people to know that I was wronged by this grocery delivery service. This was one of the greatest tragedies of my life, after all, and the entire Internet just had to know about it.

I posted on Twitter, complaining that my order was delivered incorrectly. I mentioned the name of the company, but I didn’t directly contact them by using their Twitter handle. Considering that they had already agreed to bring me more hummus, I just wanted to vent, and I wasn’t expecting anything in return.

But the response I got was overwhelming: their vice president of customer service called me personally to apologize for the mistake, offered me a refund for the order, and promised a special treat on top of that. It was an absurdly disproportionate reaction to a minor qualm, but it made me feel that I was heard and special, which cemented my status as a future customer of theirs.

Oh, and a few days later a pie was delivered to my apartment.

Let me remind you: all of this happened because they were paying attention to Twitter.

We here at Patron Technology talk quite a bit about how social networks such as Facebook and Twitter are incredible tools for opening up and encouraging conversations about the art you’re presenting. Those reasons really should be enough to motivate you to maintain an active presence out there, but here’s another: social networking is one of the simplest, most effective ways to provide customer service.

Here are some ideas for your customer service via Twitter:

Every exchange with a patron, no matter where it happens, is a chance to interact and build a relationship with him or her. Your patrons will form opinions of your customer service based on how ably you respond to them on Twitter and Facebook. Generally speaking, a few kind words will suffice. Or, if you’re really feeling motivated, a pie is nice, too.