Confessions of a Non-Subscriber 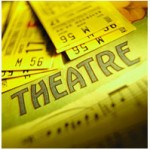 I have a confession to make.  Despite the fact that I’ve been in theatre pretty much all of my life, having studied it on the graduate level, and even though I’ve acted in a wide range of theatrical events– from the classics to my own original works– I have yet to do something that most people who are serious about theatre tend to do: buy a subscription!

At the ripe young age of 47, I have managed to elude doing something that would not only appear to fulfill a basic need for someone in the arts but something that’s also just plain smart business for anyone who regularly attends arts events.

How has this happened?  It’s actually not as mysterious as it might seem at first glance.  During my days in grad school, I was surrounded by free or next-to-free theatre, all of which was offered as part of my education.  As I struck out into the local audition circuit, I landed roles.  Sure, many were small, but that didn’t matter.  What did matter was that I was becoming part of “the scene,” so I was often getting invited by other thespians to attend their shows at other venues.  These were almost always “comp” offers, which I reciprocated. Actors rarely pay for most of the theatre they see.  It’s one of the few fringe benefits to the otherwise “starving” lifestyle.

I remember how surprised I was, when I finally landed the prized Equity Card, to learn that one of the benefits of belonging to the union was a discount on theatre tickets and the opportunity of acquiring Equity “rush” tickets.  By the time I hit 30, I’d learned to believe I’d never have to pay full price for a theatre ticket for the rest of my life.

Well, life went on and I eventually found myself among the many actors/writers/producers that need more financial stability in their lives than the peripatetic thespian lifestyle allows.  It’s an age-old story, and I’m not at all embarrassed to admit it.  I knew the odds when I entered the artistic arena.  Creativity is its own reward, as they say.  (That’s why, for the non-creative needs in life, I always found myself working part-time in sales and marketing.  The skills I learned in those arenas always also applied to my theatrical career.)

I’ve been with Patron Technology for just shy of six years now.  I haven’t given up the dream of writing a hit play (even if it only runs in the underground circuit, Off-Off Broadway) or even the next titillating memoir to land on artsy bookstore shelves.  But I am ready to give up this notion that I should rely on personal connections or on my Equity card for theatre tickets.

Lately, the businessperson in me has been asking the thespian in me, “Isn’t it time you found a theatre with programming you like enough to buy its subscription package?”  The benefits are obvious.  For me as a businessperson there are discounted seats.  For me as a thespian there is the chance to experience an entire season produced by one of my favorite theatres.

Now that I’ve made the decision to subscribe, I’ve got my eyes peeled for just the right theatre to subscribe to.  Will it be the programming that makes me write a check for an entire season’s worth of shows or will it take more?

It will take much more!  My businessperson side scoffs at the idea of making a big-ticket purchase based solely on the titles of the plays in any given theatre’s season.  After all, if I want another retrospective on O’Neill or another deconstruction on postmodernism, I can re-read my textbooks or just fill up my Netflix queue with truly dry material.  No, for me to subscribe to a theatre’s entire season, I’ll expect that theatre to have reached out to me.  I will expect that theatre to have a season that is properly aligned with its mission statement.  And I will expect the marketing and development efforts I receive from that theatrical organization to be in alignment with its mission, too.  In other words, I expect an experience from the organization that transcends the experience of any one of its shows.  I expect to have some sort of relationship with the organization and its mission.

I want an organization to stay in touch with me, to remind me of why it exists, to court me, and to woo me into wanting to be part of its mission, too.

As arts marketers, we should be aware of two things:  there are always opportunities that we might not have considered, as in this case of the adult thespian who’s never subscribed, and, more often than not, it takes more than interesting content to attract a subscriber —  it takes a relationship.