When Young Subscribers Get Older 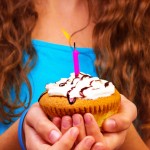 In our arts industry, techniques for attracting younger audiences are a common topic of discussion—and, of course, one of the most frequently used is the discount. But what happens when young patrons “graduate” from being young enough to qualify? How do you keep these young audience members that you’ve acquired through discounting and convert them into full-price ticket buyers? With a thoughtful strategy and the ticketing and CRM system to support it, you can do this easily, I believe—but it’s not going to happen without some TLC.

The key, as is often the case, is targeting—both while those patrons are in the discount-applicable age group and when they are about to age out of it.

I am one of these ticket buyers, and with each birthday this question has become more and more real for me. For seven years, I subscribed to a theatre company here in New York, under the “youth” price point available to people 30 and younger. I loved that I was given all the same privileges as subscribers paying full price: I could choose any performance I wanted, and I could exchange my tickets if my plans changed. Essentially, I was being treated as an adult, meanwhile paying less than half of the normal subscriber price.

Every year, this theatre would embark upon its annual fundraising campaign, and every year I would lament that the organization wasn’t properly segmenting the telefundraising lists being generated out of its box office or fundraising software. Based on nothing more than the type of subscription I had, the organization could deduce that I was no older than 30, and I wished they would make some educational guesses based on that knowledge: My disposable income was probably limited, and the solicitation was probably better off being delivered via email rather than a phone call.

But then when I made a donation last year (a contribution I made online after receiving an email solicitation), much to my delight I received a handwritten thank-you note from someone in the development department. She wrote that she had noticed while processing my donation that I was a youth subscriber, and that she was grateful for support from the theatre’s younger patrons. She also included a temporary tattoo from their latest production, but it wasn’t the prize that stuck with me; it was the attention she had paid to who her donors are, and the extra time she had taken to let me know that my support was especially appreciated. I felt valued as a subscriber and a donor, and it strengthened the loyalty I felt to the organization.

That connection became particularly important this past summer when my most recent birthday ended my status. Now 31, I no longer qualified for the “youth” subscription price, and I was faced with a decision: Renew, and pay more than double what I had been paying, or let my subscription lapse?

It’s important to point out that the quality of work on stage has a big impact on this decision—the discount gets young patrons in the door originally, but hopefully the work keeps them there—and the fact that I’d enjoyed most of the plays I’d seen over the past seven seasons was ultimately why I did renew at full price.

But I think the theatre missed an opportunity for more relationship-building: I would have loved to see them send an email targeted to those patrons who were aging out of the discount. They should have used their ticketing system to identify all those youth subscribers who were no longer eligible, and send them a targeted renewal campaign that encouraged them to renew at the standard subscription prices, acknowledging that it’s more than twice the cost but also reminding those patrons of all the benefits and great plays that would await them upon renewal. Yes, this would require the exact age of each youth subscriber being recorded in the ticketing system, but I’d had to send a copy of my ID when I subscribed at the youth rate to prove that I was under the age limit when I was under it; so that information was available to the organization—it just needed to be mined.

I’m not even suggesting that the theatre should have offered a price reduction to keep me—the discounts have to end sometime—but a targeted campaign to those subscribers, letting them know that they are appreciated and acknowledging that they have this tough financial decision to make, would build loyalty and help convert more of them to full-price subscribers.

In the end, the only acknowledgment I received was when I spoke with someone in the box office to renew my subscription. “Will you be renewing at the youth rate again?” he asked, obviously looking at my history in his subscription software. “No,” I replied forlornly, “I’m no longer young enough to qualify.” He chuckled to show his sympathy, and then we moved on with the order, turning me into a real, adult subscriber.

Do you like this idea of segmenting your subscription renewal and fundraising campaigns based on subscriber type or age? Did you know that PatronManager CRM includes box office ticketing and fundraising software that can help you implement this strategy? Click here to learn more!