Weird or Wise? Patron Photos in Your CRM

Gene: Hey Michelle, I was thinking of a cool idea. What if we made it easy for organizations to embed pictures of their donors or ticket buyers on their PatronManager contact record? That way box office and development staff could recognize their patrons more easily when they come to the venue. Sort of like this:

Michelle:  Um… I don’t know. You don’t think that’s kind of creepy? Where would you get the pictures?

Gene: Well, if you have a live fundraising event with a photographer or photo booth, that could be a start. But even without a live event, you can do a Google image search pretty much anyone, and you’re likely to find a few pictures.

Michelle: But how would you even know which image was the right person? Look what happens when I search for “Michelle Paul” in an anonymous browser window: 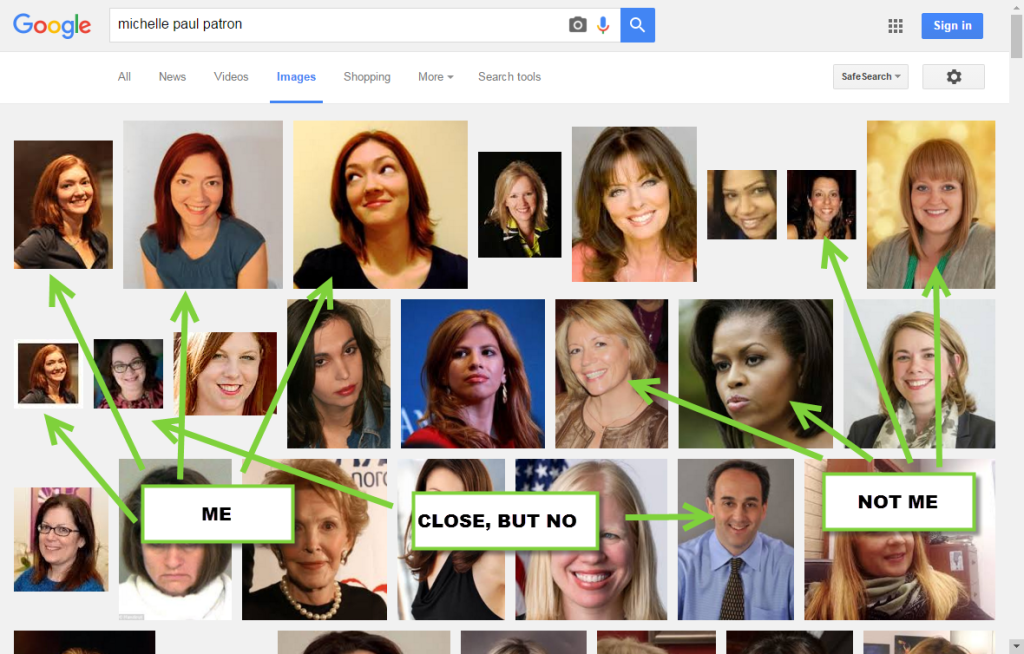 Gene: Fair enough… but what about LinkedIn, where I can see your photo and other info about you in context? Couldn’t an organization just use those photos?

Michelle: I don’t know, I still veer towards “creepy” on that. If you find me on LinkedIn and see my photo, that’s generally because we have some kind of professional connection with each other — I can have privacy settings that control who’s allowed to see that photo. If you download it and put it in your organization’s database for the whole staff to see… that feels like not what I was intending when I put a photo on LinkedIn.

Gene: I just don’t see the difference. Think of it this way: If a development department is doing their job well now, they are going to research prospects online anyway. So all you’re doing is making their job easier, and in turn making your patrons potentially feel more known by the staff.

Michelle: I get that… and I honestly don’t have a particularly strong argument to make here other than “this feels like a weird / overstepping thing to do.” I’d be REALLY interested to hear what other people think about this idea!

So, what do you think? Finding photos of your donors/members/subscribers on the internet and putting them in your CRM system to make it easier for staff to recognize them: creepy and weird, or smart and effective?

February PatronManager Certified Admin of the Month
Get Our Emails

3 responses to “Weird or Wise? Patron Photos in Your CRM”