Should We "Ask Alexa" for a Better
Customer Service Experience? 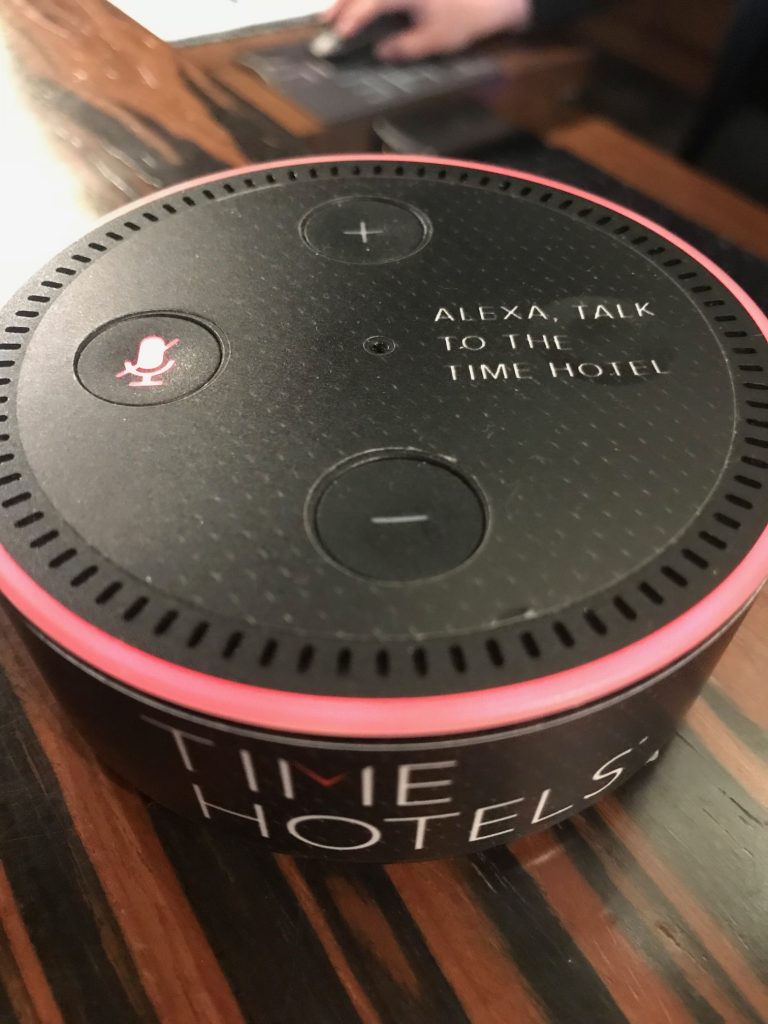 The other evening, I checked into a hotel I’d never stayed at before, and noticed this on the front desk countertop:

Intrigued, I asked the check-in clerk what the Amazon Echo device was doing there.

“Oh, we have them in all the guest rooms now. We found that people resist picking up the phone when they need something because they don’t want to be a bother, but they don’t mind talking to a robot — so if someone needs extra towels or toiletries, they can just follow a script and ask Alexa, and it will automatically send us a message.”

I am fascinated by this framing, the idea that using this “virtual assistant” technology isn’t just a time-saver for the hotel, but a better customer experience for the guest. It seems like hotels have been experimenting with various “human-free” processes for a while — I’ve stayed in chains that auto-text me upon check-in, encouraging me to text them back if I need anything; some hotels even build these tools into the TV interface (which I always find hilarious, honestly has anyone EVER used one of those things to send a message?)

Obviously, we’re big fans of exploring ways to implement new technology in the arts — check out our concept video of an Alexa integration with PatronManager, which features a pretty similar scenario of patrons having a conversation with a virtual box office assistant to learn more information about current programming.

I didn’t have the chance to ask whether or not the hotel has actually seen an improvement in customer satisfaction since starting this program, but let’s assume they have. Then why? What is it about asking Alexa for a toothbrush that feels better than calling the front desk? The premise seems a bit contradictory to most of what we assume about the personal nature of hospitality and customer service, but maybe there are certain situations where perhaps out of embarrassment or self-consciousness hotel guests would prefer to avoid human interaction when asking for what they want.

(Recently, Google demoed a new prototype feature of its “Assistant” app, called “Duplex,” an AI that can make phone calls and schedule appointments with an alarmingly-human sounding voice. After my hotel experience, I can’t help but wonder whether the obvious next step is for the appointment-taker on the other end of the line to be a robot as well — two virtual assistants just hanging out and chatting with each other on the line as if they were real people!)

Mainly, I’m wondering whether Alexa is the best answer, or if there’s something else we as humans can do to make our hotel guests or arts patrons feel as comfortable with us as they might feel with the machine. In an arts organization setting, it might not be realistic or cost-effective to automate lots of customer service interactions with technology, but are there situations where our patrons are not asking us questions because they’d rather ask Alexa? Maybe “she” provides a safer experience for someone who might be feeling embarrassed or tentative about having forgotten toothpaste, or about not being familiar with the symphony they bought tickets to see.

What might we be able to learn from someone’s interaction with a robot that we could actually bring to our human interactions at the box office or at your venue? Is there a way to strike a balance between facilitating information and maintaining a personal connection? 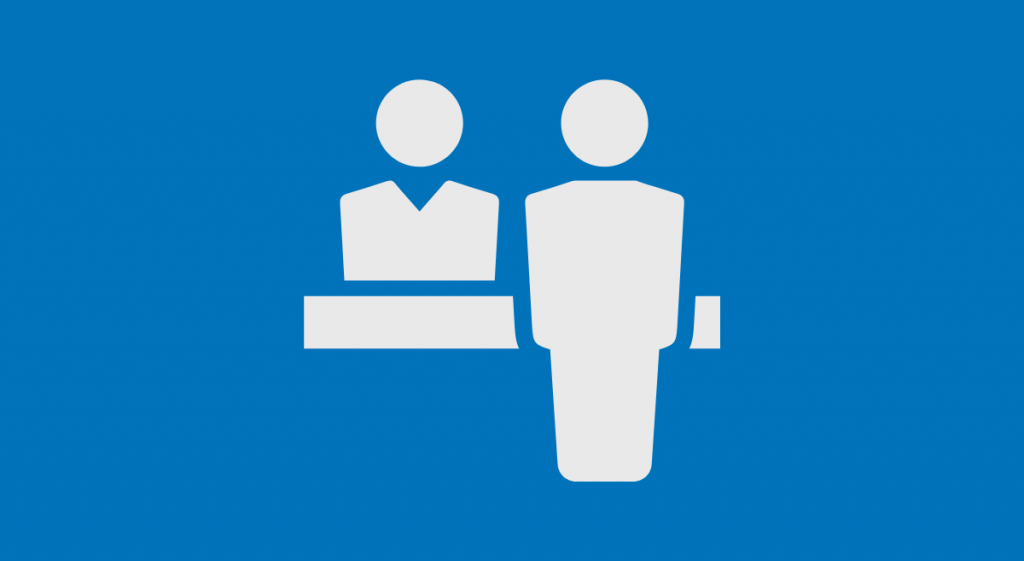 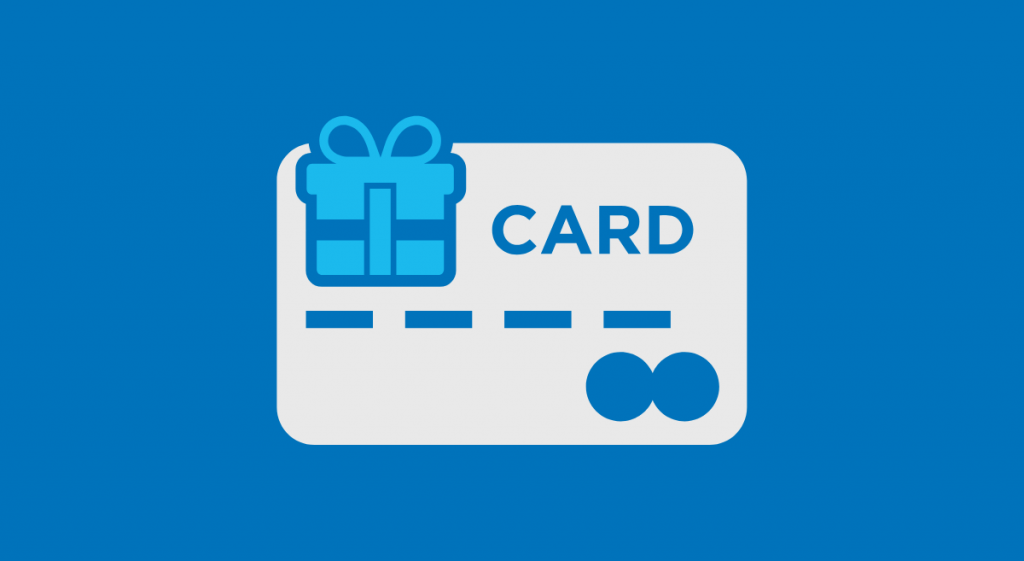 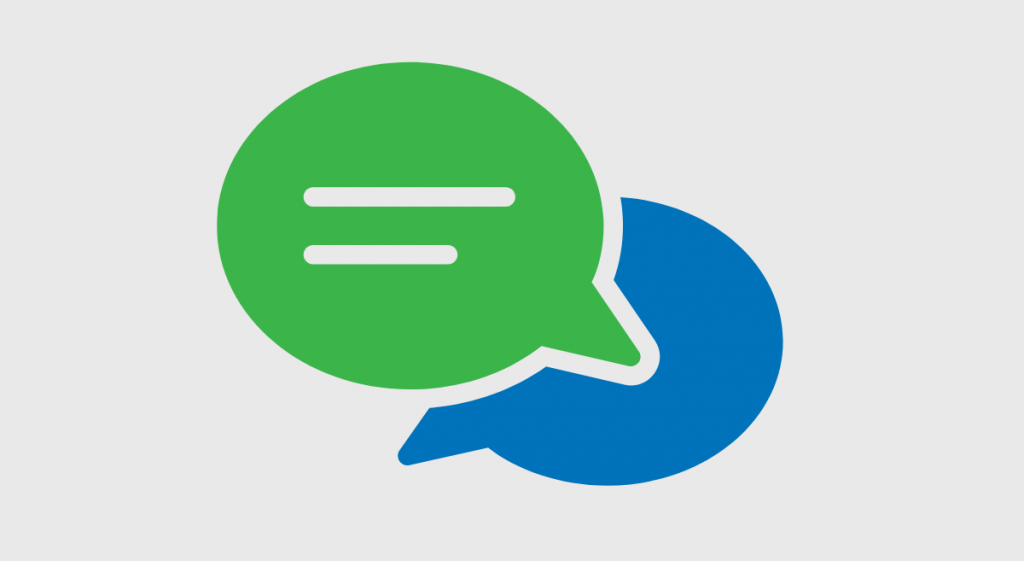 How to Say No
Get Our Emails