In economic news, we sometimes hear that the arts aren’t doing so well. We hear that they’re losing older audiences and not gaining young audiences at a fast enough rate to support the very significant costs of doing business. But while increasing revenue remains a challenge arts organizations fight each and every day, US government data suggests that, on average, things are going pretty well.

We at PatronManager believe that our product and process help drive engagement and revenue growth better than any other solution, so we decided to analyze our customers’ metrics over the same period and compare them with government data. What we found was astounding, even to us — PatronManager customers are performing three to four times better than the national average! Here are the details: 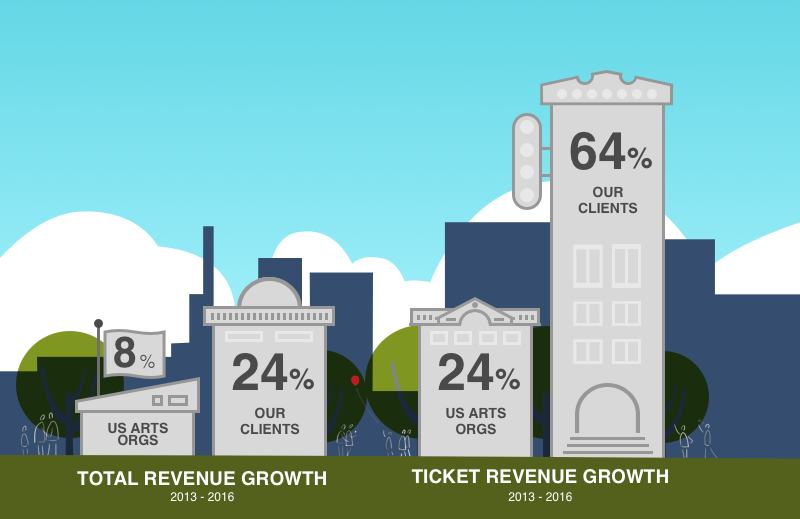 Last year, the United States Census Bureau made revenue data available from the IRS tax filings of all performing arts organizations in the United States from 2013 to 2016. Because PatronManager has access to the collective transaction data for several hundred clients, we thought it would be interesting to look at the same data from our customers, in the same time period, and compare it to the national average.

In gathering all this customer data, we unearthed some other statistics that demonstrate just how well our customers are doing. (The government doesn’t track this data at the organizational level, but we do!) In the same three-year period as the government study, PatronManager customers increased the number of tickets sold by 18.7% each year. That’s a total of 59.8% over three years — plus, they increased the number of donations made with a ticket purchase by 13.8% each year, or 46.8% over three years. That’s an amazing return on investment! 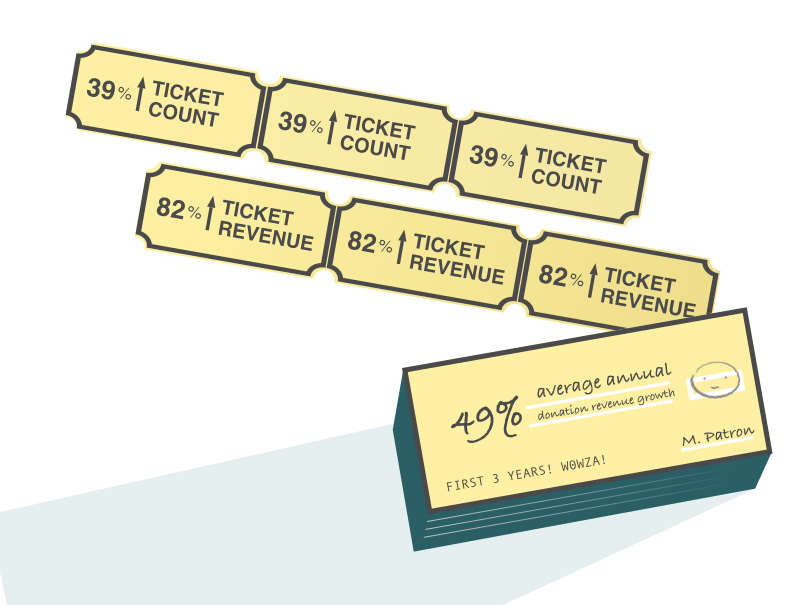 Here are a few final tidbits of information. We often get asked by prospective customers what kind of average revenue improvements they can expect to see when switching to PatronManager from another platform. We looked at the data of 228 organizations whose first full year with PatronManager was between 2011 and 2014. In their first three full years of using PatronManager, the average customer experienced:

Because these numbers are averages, we fully realize that some customers are performing better, while others are still struggling. Furthermore, we know that many, many factors contribute to both revenue gain and loss from year to year. But with our customers average results outperforming the national average by such a wide margin, all of us here at PatronManager are thrilled to be supporting their efforts to keep the arts vibrant and sustainable in our communities. Thanks for letting us be part of it! 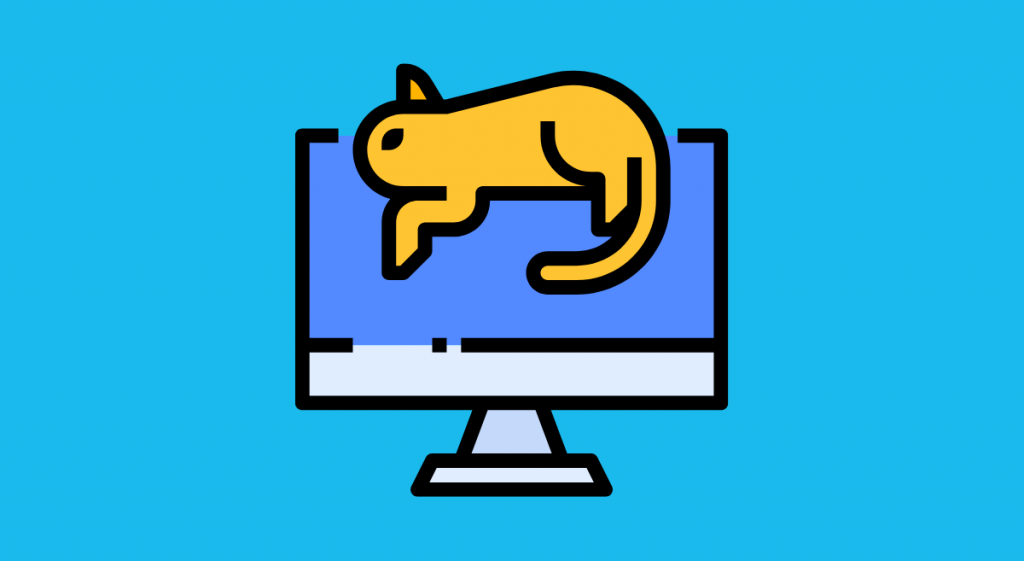 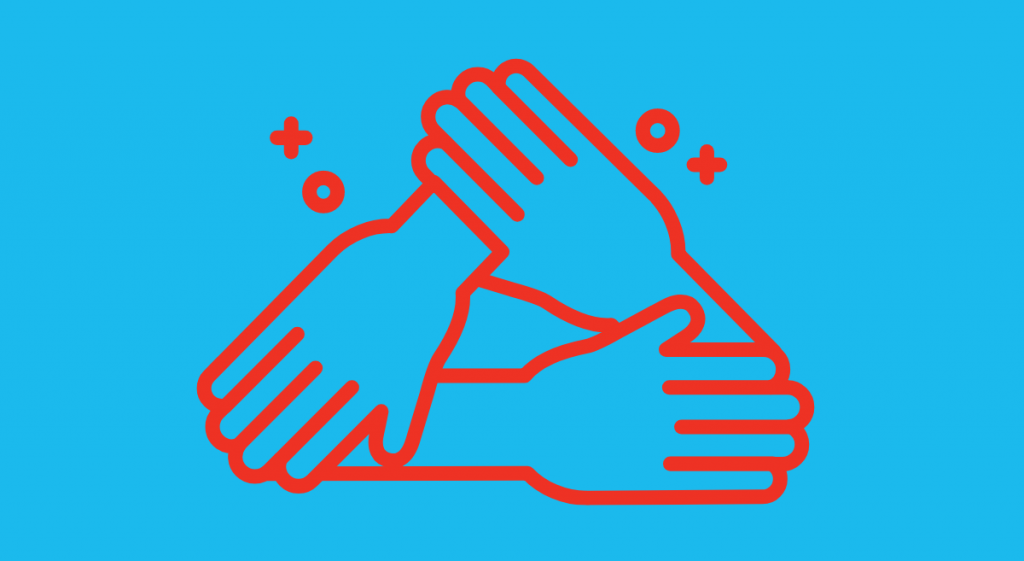 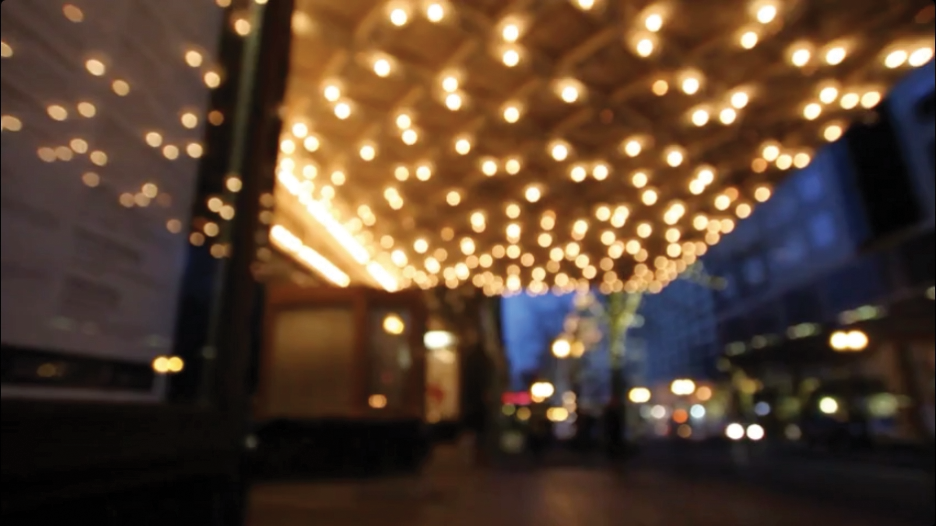