The Meaning of Membership: Discounted Tickets or Active Participation? 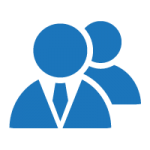 In the arts world, we use a lot of words to describe the people who come to see our shows, who support what we are doing, words that vary based on level of participation. Patron, ticket buyer, supporter, donor, major donor, sponsor, subscriber, member. We know what these words mean to us — those who meet a certain level of giving, who make a certain purchase. In arts marketing, it is inevitable that you’ll be lumping your patrons into mathematically formulated subgroups, and it is easy to view each patron as a set of characteristics before recognizing them as a participant in your organization.

But the next question to ask yourself is, what do these words mean to your patrons? In other words, what does it mean to one of your members to be a “member”? In the end, it is up to you to determine how that label is interpreted — but if you’re interested in building and maintaining meaningful, long-lasting relationships with your patrons, the answer they supply to this question must be more substantial than “someone eligible for a 15% discount.”

The answer, then, comes down to how you allow your “members” — and other groups of patrons — to participate in your organization. This means two things — first, involving them in the conversation; and then, requesting input. The end game here isn’t to put the decision-making power into the hands of your patrons — you, your staff, and your board will always make the calls based on your own expertise and artistic vision. The point, instead, is to make your most loyal patrons — members, subscribers, donors — feel that they are part of a community and that their opinion, and opinions like theirs, are valuable to your organization. They should feel that they are actively involved in a dialogue, one that doesn’t start and stop only during annual appeal and subscription renewal time. Here are some real-world applications:

This post was actually inspired by a set of emails I received from a theatre whose emails I’m subscribed to. The first email I received was to announce that this organization had made some decisions regarding how they’d like to grow moving forward, and to introduce a fundraising campaign for the changes they wanted to make. The email did more than that, though — it explained how the decision was reached, who was involved in making the decision, and why they felt the change was critical to their artistic mission.

Over the next month or two, I received regular updates about the progress of the campaign. Eventually, I read the news that the goal had been met. None of the communication I received felt like an “ask” — instead, each email was written from the perspective that I was someone who cared about the organization, and would therefore be interested in following the progress of this critical fundraising effort. In the end, I was thrilled to hear that the goal had been met and — perhaps, more importantly — I was excited to see how the next season and the one after that would be affected by this shift in direction the organization was taking.

When you’re pushing a particular fundraising campaign, let your patrons know — when you can — where the money is going. Ask them what they think about it. Keep them updated during the campaign and maybe share some of the feedback as it comes in. You might also consider using Kickstarter — an online tool for fundraising, which allows you to offer “perks” based on the donation level. These can be forms of recognition or inclusion in the community — names in a program or on a wall, invitations to special events. Kickstarter has been the most successful with this model of online fundraising, but you might also check out Razoo.com, Power2Give.org, or Fundraise.com, which are more tailored toward non-profit organizations. Regardless of your method, when you make your patrons feel like “insiders” in how you communicate with them, these offers of inclusion become that much more valuable.

This is fairly simple, but sending email surveys semi-regularly gives your patrons the opportunity to constantly engage with your organization. But don’t let their only motivation be the possibility of winning a $25 gift card. Let them be eager to respond because getting the opportunity to participate in this dialogue was part of why they became a member, or subscriber, or email subscriber in the first place. You may still offer “perks” like the $25 gift card, but let the real perk be that their opinion may actually make a difference. You can send surveys to get opinions on a given show or season, or ask your patrons what they are interested in seeing next season. Even if you aren’t determining the makeup of your upcoming season by popular vote, collecting this feedback allows you to touch back to the responders who endorsed what you eventually decided on and tell them, “Thank you so much for your invaluable feedback. Next season, we’re giving you what you wanted.”

How about a Q&A session with the Artistic Director or other senior decision-making staff members? Give your patrons a glimpse into what’s happening behind the scenes at your organization, and maybe an opportunity to raise questions or make suggestions. This should be a fundraising event of course, but while raising money, you’ll also be identifying those patrons most dedicated to your organizational growth. Who would be eligible to participate in such an event would be up to you — subscribers, major donors, recent donors, frequent single-ticket-buyers, etc. If your staff could make themselves available for Q&As each season, or even a couple of times a year, you’ll be creating an ongoing dialogue with your patrons that produces meaningful relationships and connects you directly to the interests and desires of your most valuable supporters.

Arts organizations that take advantage of strategies like these will immediately see an impact on their interactions with patrons. By turning your most loyal patrons into “insiders,” you’ll be cultivating a support base more personally invested in your successes, and more understanding of your failures. These patrons will stick by you when facing difficult decisions, and rejoice when you overcome your most insurmountable challenges — all because they will understand just how much effort goes into running your organization, and have become personally invested in its future.

2 responses to “The Meaning of Membership: Discounted Tickets or Active Participation?”