Make It Your Goal to Learn About Your Audience 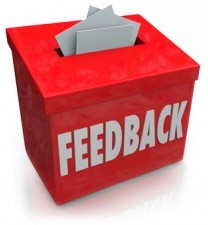 Do you know what motivates patrons to attend your shows instead of staying at home? Do you know what your fans love about your organization, what they like, and what they feel less favorably about? If you don’t, then it’s probably a good idea to ask them!

One way to get some Q&A time with your audience is by creating an advisory group of your patrons. Surveys are great for learning more about your patrons and their attitudes toward your organization, but there’s also a lot to be said for anecdotal feedback. A more qualitative approach can really get to the why and how of decision making, not just the what, where, and when. And unlike surveys, you’re not putting words in your customer’s mouth by way of multiple-choice options if you are instead able to ask an opened-ended question and listen closely to the response.

Back in January, I heard about a great example of this approach when I attended my first INTIX conference. During a breakout session called “Consumers Have a Voice Too,” presenters from the Marketing and Ticket Operations departments of the New York Red Bulls soccer team told conference attendees about the Season Ticket Advisory Board that they formed last season to give them a chance to hear from their customers. To form the group, the Red Bulls invited all of their season ticket holders to apply for one of the 20 spots and received an overwhelming response — 700 soccer fans were more than willing to give their team some of their time and opinions. Though they’re a professional soccer team, there’s a lot to be learned from the Red Bulls’ approach, whether you’re a regional chorale, a mid-size theatre, or a large performing arts center.

First, select your advisory board members so that they represent a wide range of perspectives. Before filling those 20 spots, the Red Bulls mined their customer database, looking at the purchasing behavior and demographic information they’d collected in their ticketing and CRM system to come up with a number of customer profiles. They found that their customers fit into at least one of six categories — such as the “soccer mom” who came to games with her soccer-playing kids, the “corporate purchaser” who bought tickets for business use, and the “veteran” who had been a season ticket holder for several years. As they read the applications, they put them into these buckets to make sure that the board they selected represented the diversity of the Red Bulls fan base.

Even if you’re not quite ready to create an advisory board of your patrons or subscribers, I encourage you to do the kind of “profiling” exercise that the Red Bulls did to help form their advisory board. When you identify the major interest groups in your audience, you can have their unique needs in mind as you make decisions about your organization’s artistic vision and goals. Ask yourself, “What would a veteran subscriber think about us reviving a show that we did three years ago?” If you don’t know the answer, you should probably be asking those veterans themselves.

Another thing that the Red Bulls did well was to make their advisory board members really want to come to each meeting. The 90-minute quarterly meetings were gently moderated, video-recorded, and pizza-fueled! The structure, and the pizza, made the members feel comfortable with sharing their opinions. The Red Bulls focused the questions to their board on some newer efforts that the team was taking to increase excitement as well as attendance at games, and the perceived value of the game by attendees. The topics covered and questions posed were a bit sporting-event specific — such as, “Do you like it when we give out free T-shirts at games?”, but there are definitely equivalent questions for all kinds of organizations, given the similarity of goals.

Here are a few questions to consider asking your advisory group:

You might already have some questions specific to your organization in mind, as well as an idea of what you hope to learn from your patrons, but you should also use the advisory group meetings as an opportunity to let the conversation flow freely and really listen. One of the biggest unexpected takeaways that the Red Bulls got from their advisory board came not from an agenda item, but from a comment about WiFi signal strength during games.

As a result of the conversation that followed, they wound up upgrading the WiFi bandwidth for the entire stadium and eliminated a source of potential frustration for all attendees. Even to those not on the advisory board, this was a signal of how seriously the Red Bulls take customer feedback. The Red Bulls can’t guarantee that their team will win games any more than a theatre can guarantee that every audience member will love every show, but the anecdotal information gathered at the advisory board meetings provided them with a major win.

A final takeaway from the Red Bulls may be an obvious one, but it’s worth pointing out: As a bonus to the information and insight they can provide, the members of a patron advisory board will feel like stakeholders in your organization. The members of the Red Bulls’ group were thrilled with their experience and were vocal about it on social media and to friends, and the team received even more applications for the next season. Which goes to show that although at any organization there is sure to be a lot of ideas and opinions in the decision-making mix — from staff, artists, and the board of directors — it’s important to remember the customer, whose voice should be heard over the roar of the crowd.
– – – – – – – – – – –