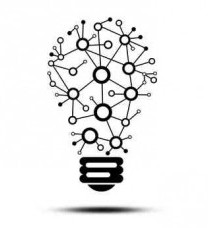 I work daily with our new organization clients on importing years of their historical data from legacy solutions into PatronManager. Part of that process includes helping clients attempt to predict what data they will use. Whether you’re in the process of migrating to a new system or have had one in place for 15 years, what’s important is that you thoughtfully and carefully choose what to import, and then put that data to good use.

Let’s dive into the hypothetical deep end of the data pool and discuss how this might play out.

Let’s say a regional theatre produces Cole Porter’s Kiss Me Kate and William Shakespeare’s The Taming of the Shrew in the same season. (For anyone who isn’t aware, the former is an adaptation of the latter.) The marketing manager for the theatre plans four unique email campaigns, the first of which is an individual campaign for each show, targeting potential audience members based on their previous ticket-buying patterns. Because the theatre imported historical ticketing data, it knows who has previously bought tickets to other Shakespeare plays and can send a targeted promotion for Shrew, while people who have bought tickets to past musical productions receive a promotion for Kate. The marketing manager is able to send these targeted campaigns because he has that purchasing history.

Second, he sends an email campaign to people who bought tickets to one but not the other, in an effort to cross-promote and get patrons to buy tickets to the show they haven’t yet seen. In order to send this targeted email, the marketing manager is leveraging the purchasing data from the current season in two ways simultaneously, narrowing down his results based on both a purchase and an absence of a purchase (and also flipping it to promote the other show).

Once he has sold tickets, he sends his third campaign on the morning of each performance. Now the goal isn’t promoting the events, as it was with the first two campaigns, but rather to strengthen the theatre’s relationship with these patrons who have already demonstrated interest by buying. He sends a day-of email to patrons who purchased tickets for that evening’s performance, offering a discount at the bar before curtain if they check in on Foursquare or Facebook when they arrive at the theatre. Once again he uses his purchasing data, this time down to the detailed level of buyers for a specific performance, but he uses it to enhance their experience and increase their affinity for the organization — not to mention giving them an incentive to help increase word of mouth by checking in on social media.

Finally, the marketing manager’s fourth campaign is sent 10 minutes after the curtain rises, linking patrons to a survey where they can provide feedback on the show they’ve just seen and, upon completion of the survey, offering them a discount on tickets the next time they buy. Yet again, he uses the purchasing data — simply a list of patrons with tickets to a particular performance — to increase their involvement, motivate them to return, and collect valuable patron feedback that the theatre can use in planning future seasons. Ideally, he can even filter out his subscribers, because they already have tickets to all productions in the season, and limit his mailing to just single ticket buyers.

Ultimately, these techniques are just theoretical examples of what one marketing manager might use his or her data for, but the point is this: When you import your data, you can then put it to great use!

The same data can actually be leveraged at multiple points throughout the chronology of a ticket, from before it’s purchased all the way to when that patron leaves the theatre at the end of the show. I encourage arts organizations to brainstorm new ways to work with the data they already have and ensure they’re getting every possible benefit from that data. I help them decide what to keep and what not to keep, and in that process, they have an opportunity to see new potential in the data they’ve been collecting for years.