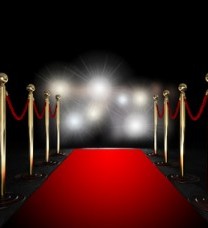 “If you have a discount code, you can enter it here.” These words are becoming more and more common on ticketing sites. I’d say I see them almost every time I buy tickets for something, and that I actually have a code only around 15 percent of the time. Every time this happens, I go through the five stages of not having a discount code:

Denial — Wait, maybe I actually DO have a discount code!

Anger — Why didn’t these jerks give me a discount code?

Bargaining — What do I have to do to get a discount code?

Such a roller coaster of emotions! And all caused by that one sentence. Arts organizations tend to avoid issuing discounts, seeing them as a mark of desperation or as a last resort. This is understandable — because “discount code” has “discount” right in the name, it’s easy to think of it purely in terms of money lost. However, as my wild swing through the five stages suggests, discount codes are more emotional than they are transactional. Having a discount code is, after all, a sign that you are special. It means that you’re part of a club, and that a theatre wants to see you so badly that it’s willing to make less money off you than it does off anyone else. And you literally have a secret password to prove that you’re in that club.

In other words, having a discount code means being included, and not having one means being excluded. What could be more emotionally loaded? That seemingly harmless set of instructions — “If you have a discount code, you can enter it here” — has the power to tap into one of the most significant human needs: the need to belong.

The key here is that if you position it properly, your patrons need not see your discount code as a sign that you’re desperate; rather, they could see it as an invitation to be a part of something special.

This scenario will be familiar to many people who have gone to see my favorite comedy show in New York City: TJ & Dave. TJ Jagodowski and Dave Pasquesi are legends in the improv world. In front of a packed house, they effortlessly make up an hour-long play as they go. They do this with no preparation, no props, and on a bare stage. The results are never short of hilarious. TJ and Dave live in Chicago, but they come to New York City about five or six times a year. Whenever the duo is going to be in town, they circulate a discount code widely through the (fairly large) New York City comedy community. I would guess that on any given night there are only a handful of people in the audience who did not use the code.

In exchange for giving a small discount to all their patrons, TJ and Dave have created a community around their NY shows. Their coming to town is an event, and everybody in the audience feels like a part of that event. We all feel like we’re in a special club — you’d think we’d feel less connected to them because the discount is so widely available, but in fact it has the opposite effect because it creates a community. And because their audience typically includes a few celebrities (I’ve seen John Goodman, David Cross, Tim Meadows, and Michael Shannon), we all get to feel like we’re in the same club as famous people. TJ and Dave may have lost a few dollars from each ticket to achieve this, but they more than make up for it by creating passionate fans.

TJ and Dave understand the powerful effect that something as simple as a discount code can have on their audience’s emotions. If you have a place to enter a discount code on your ticketing page, be sure to give your patrons an opportunity to get a discount code, at least some of the time — the financial discount will result in a stronger connection between you and your patrons. They want to be in your club. Give them a way.